“[God Has Set Things Right]But in our time something new has been added. What Moses and the prophets witnessed to all those years has happened. The God-setting-things-right that we read about has become Jesus-setting-things-right for us. And not only for us, but for everyone who believes in him. For there is no difference between us and them in this. Since we’ve compiled this long and sorry record as sinners (both us and them) and proved that we are utterly incapable of living the glorious lives God wills for us, God did it for us. Out of sheer generosity he put us in right standing with himself. A pure gift. He got us out of the mess we’re in and restored us to where he always wanted us to be. And he did it by means of Jesus Christ.”

Glorious lives…. I look back at the life I’ve lived and what I s 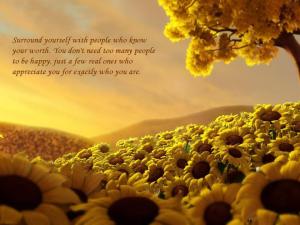 ee is the long and sorry record I’ve written as a sinner.  But what God sees is the glorious life He has willed for me.  He sees me through the veil of the blood of Jesus Christ.  He sees the perfect creation I will be when I enter into His glory.

What is a glorious life?  Is it one of self-destruction and self-pity? Is it a life of hiding in the shadows or is it a life lived in the light cast upon us by the wonder of Easter?

I recently reconnected with my very first boyfriend via social networking.  He is married and has a small son.  I love that!  Having someone to share your life journey is so important.  What does this have to anything?  Exchanging emails with him made me think about the girl who was so excited to get letters from him in the mail.  Life was ahead of me and for me everything was glorious.  I’m not sure when the “real world” stepped in, but in the matter of a few years glorious turned to gloomy.  Heart break and personal struggles created shades of gray for many years.  After my husband passed on the rainbows we’d had together turned to shades of black.

I have determined though that I will not sit in the blackness and feed into my own personal pity party. I am surrounding myself with color and I will use every tear I’ve cried to embrace the glorious future that God has created for me and paved with blood of my Savior.

Heavenly Father, help me to see the glory of this day that you have created for me.  I thank You for the colors of Spring that fill my soul with joy.  I thank You for my friends and family who fill my heart with hope.  I thank You for Your all-consuming love for me that sees me as glorious in spite of my sins.  In Jesus’ name… ~Amen

Who Says You’re Not Perfect

The Year of the LORD’s Favor

1 The Spirit of the Sovereign LORD is on me,
because the LORD has anointed me

to proclaim good news to the poor.
He has sent me to bind up the brokenhearted,
to proclaim freedom for the captives
and release from darkness for the prisoners,[a]
2 to proclaim the year of the LORD’s favor
and the day of vengeance of our God,
to comfort all who mourn,
3 and provide for those who grieve in Zion—
to bestow on them a crown of beauty
instead of ashes,
the oil of joy
instead of mourning,
and a garment of praise
instead of a spirit of despair.
They will be called oaks of righteousness,
a planting of the LORD
for the display of his splendor.

4 They will rebuild the ancient ruins

and restore the places long devastated;
they will renew the ruined cities
that have been devastated for generations.
5 Strangers will shepherd your flocks;
foreigners will work your fields and vineyards.
6 And you will be called priests of the LORD,
you will be named ministers of our God.
You will feed on the wealth of nations,

and in their riches you will boast.

Every night in Guatemala, after we ate and cleaned up, we had a time of praise & worship and devotions.  In the mornings before we left we were each to spend time alone with God.  It was during the personal time with God that my eyes were brought to Isaiah 61.  I was floored by the first verses and continued to feel my jaw sagging to my feet as I continued to read the entire chapter.  This was my personal devotion during the whole trip and it will be my focus this week as well.

The first verse brought to mind Moses when he was talking to God through the combustible bush, I could almost hear Him whispering to me, “I have heard the cries of my people in Guatemala and I’ve come down to help them….. now you go and do my work.”  I felt so inadequate and small compared to the enormity of the needs there.  I’m sure Moses felt like he was ready to conquer the world and shouted out, “CHARGE!” Or not.  I heard Ken Davis say once that the part of Moses should have been played by Martin Short.  If that’s the case then I’ve got to be the I Love Lucy version, “Whaaaaaaaaaa!”

At the same time I was also very hopeful and felt the stirrings of something I’d not felt in a long time.  Life.  In the hours spent in the sun, at the base of an active volcano called “Fuego” or fire, I felt life in my achy, sweaty, dirty veins.  I’m sadly overweight and prone to migraines, but each day I knew that I had a purpose.

And I was not alone.  For the first time in more than two years I was surrounded by new friends every moment of every day.  Community.  We were not created for isolation.  In the villages I found a new meaning to community.  These beautiful people had more community than I’ve ever known.  It wasn’t just a matter of meeting with your neighbors for coffee; it was so much more than that.  They were dependent on each other for the very necessities of life.  I’ve never personally experienced that level of poverty and I’ve never been blessed with level of joy.